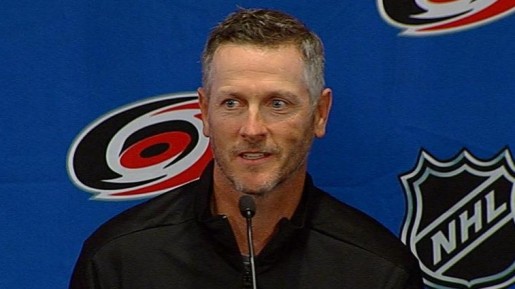 There were many people in Carolina happy when Thomas Dundon bought majority interest in the Hurricanes earlier this year. It was a welcome change from the bickering of the Karmanos family and who would get what. But now, with the GM spot being open and candidates dropping out, that may be a cause for a bit more of a concern than some may let on.

Let’s not kid ourselves– to be a GM in the NHL would be great and many would be honored to be in one of the 31 (currently) spots in the league. Yet, with the way that Dundon has been taking care of business early could cause some warning for those candidates.

With a lot of them stepping back– Tom Fitzgerald, Paul Fenton, Mike Futa among them– you have to wonder why this position is being so shunned. There were reports from Hockey Night in Canada that it’s due to the low salary in comparison to the other GMs being a reason, but I think there’s a lot more to that. Sure, the money is a big deal when you’re taking on the stress that comes with being a GM, but there’s something not right with the way that Ron Francis got put out and the aftermath from it.

The fact that the new GM will report to Dundon directly rather than to Francis, the new President of Hockey Operations, make shake people the wrong way. Especially considering that Dundon has no sport experience when it comes to making big decisions in the sporting side of things. It’s great he wants to be a hands-on owner like his buddy Mark Cuban; we’ve all seen the downside of things when an owner gets too hands-on (shoutout Eugene Melnyk).

With his admitting he likes people to disagree and not do what he says or say what they think he wants– it’s admirable. But there’s a dangerous line there when it comes to owners getting too close to players and coaching decisions. That’s why it’s better to get people smarter around the owner to make those decisions and not have the owner be the decision-maker. The other side to that is that you don’t want an owner who will just sign the paychecks and do nothing else. There’s also an interesting line to deal with when it comes to saying to Elliotte Friedman when you’re taking to Dundon– you’re talking to the Hurricanes. Sure, he’s the owner, but when he has the end say in things– it’s possible to alienate those who may not disagree, but fear being cast-off from the team.

More over than that– this new GM for Carolina could be akin to what Greg Sherman was in Colorado– just having the title, but really not having a lot of hands-on work and really just along for the ride for whatever Dundon has in mind. The salary offer speaks almost to that.