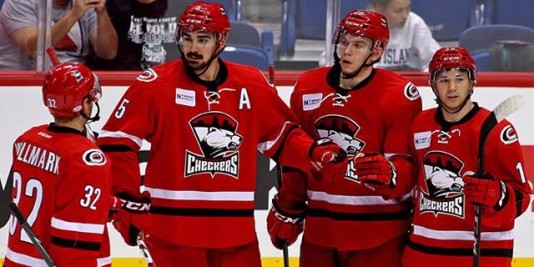 -It may not be because of the move to the Eastern Conference, but the Charlotte Checkers are out to one of the best starts in the AHL this season. Despite only Lucas Wallmark being in the top-20 in points, they are tied for most goals in the league. Valentin Zykov and Warren Foegele are in the top-15 in goals this season, while Alex Nedeljkovic has taken over the reigns from Jeremy Smith and has not lost a game in his seven starts yet this year.

-After missing the playoffs their first two years back into the league, the Manitoba Moose are looking to change that this year. With points in eight of their last 10 games (6-2-1-1), the Moose are atop the Central Division. After finishing up last season with 11 points in 10 games, Jack Roslovic is continuing to lead the Moose with eight goals and 17 points in the first 15 games for the Moose. 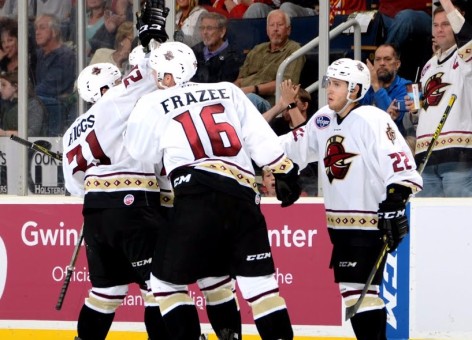 -Following an 0-4 start, the Atlanta Gladiators have woke up and put together a 7-0-0-1 record since the first four games. Phil Lane and Thomas Frazee have been a huge factor, both of whom have had a nine-game scoring streak with Frazee’s being snapped on Saturday (4g, 10a), while Lane’s (8g, 6a) continues on.

-Despite being at the bottom of the Mountain Division, the Rapid City Rush have won four-in-a-row, including a weekend sweep of the Kelly Cup champion Colorado Eagles. Kenton Miller has been the offensive leader with seven goals and 11 points, but the real question going forward is how their goaltending is going to fare. Even with Adam Vay and Steve Michalek getting the last four wins, you have to wonder if they can keep up the solid play and lower that team GAA of 3.76. 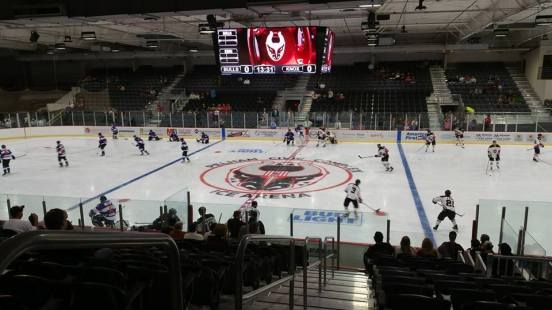 -The start of the revamped Birmingham Bulls is probably not what everyone thought was going to happen…or maybe it was for an expansion team. Through six games, the Bulls are winless and only have six goals for the entire season while giving up 22. If there is a bright spot, it might– oddly enough– be in their goaltending. Mavric Parks has the most saves in the SPHL and is fourth in save percentage (.914) even though he sports an 0-5-0 record.

-Pensacola is still undefeated and it’s interesting that they aren’t the top scoring team in the league. Their balanced attack has put three players in the top-10 in points (Stephen Hrehoriak, Garret Milan, Jessyko Bernard) while also having a great goaltending tandem in Sean Bonar and Greg Dodds. If they can stay healthy– they will be the class of the league once again.