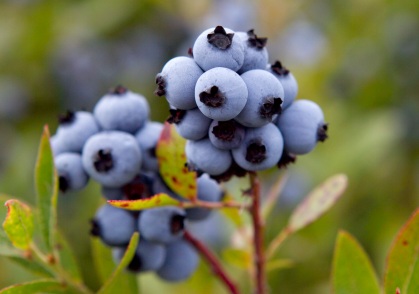 The Portland ECHL team, who won’t take the ice until 2018, revealed the five finalists for their Name-the-Team gimmick and the one that has been a runaway favorite is the Wild Blueberries.

No, you heard me right– the Wild Blueberries.

The other four did have connections to the Maine area– the Mariners, Watchmen, Puffins, and Lumberjacks– but they don’t have the pop that Wild Blueberries had when it comes to the Name-the-Team thing.

But this is what is needed for minor league hockey as it follows the minor league baseball scheme of teams changing their name to something extremely odd to garner attention, thus giving the team some new life and, in this case, attention for a team who won’t take the ice until October 2018. Hell, would you rather enjoy the New Orleans Zephyrs at the ball yard or the New Orleans Baby Cakes?? In Jacksonville– would you rather soak in the Suns or binge on the Jumbo Shrimps??

Will traditionalist be pissed?? When are they not??

But the point is that this is what is needed for a team who is in a market who lost their AHL team a few years back and have dropped to the ECHL. You need to garner the attention in any way possible, especially in the social media age where it could go viral and really give national appeal to the team. It’s not like it’s a thing that’s not connected to the Maine area, so it also makes local sense, as well.

Just look at the Greenville Swamp Rabbits. It was a rabbit as their logo, but people when crazy for it. The brand change connected the team to the city via the old rail line in the city, national media who never really paid attention to the ECHL was taking notice because of the huge change in the name, and it went over well– so why not take the chance and do something original.

For me, it wouldn’t be my first choice– I’d rather the traditional Mariners or even the Lumberjacks; though Puffins are a dark horse in all of this. Yet– if they were called the Wild Blueberries– I’d be fine with it. The name allows for great punny headlines (“Portland gets juiced by Worcester”; “Blueberries ripen to .500 record”) and is something that would give that civic pride to people that is really needed in the minor league game over something that has been used before. Sure, each of these names have that connection– but none will really connect like the Wild Blueberries.