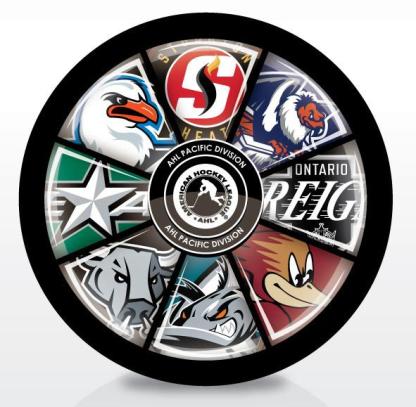 With the reveal of the AHL schedule today, it shows that the league which is the top developmental league in North American hockey is still keeping the schedule for six of the eight Pacific Division teams at eight games below everyone else.

That’s quite enough of that then.

Sure, it hasn’t benefited the Pacific Division when it comes to the playoffs as none of the teams have made it to the Calder Cup Finals by having fresher legs, but if that’s the case– why keep kowtowing to the NHL teams and actually have a business plan to keep all the teams at 76 games or all of them at 68. To have a different schedule for six of the teams is completely bush-league for a league that’s trying to be the top developmental league for the NHL.

Look, I get it– the NHL teams moved their AHL teams so that the proximity was closer– great. However, shouldn’t they be worried more about actually game-play rather than having more practice time?? Hell, why even have games at all and just have controlled scrimmages. It seems to defeat the purpose if you’re going to have only one division in the entire league rely on points percentage (as the other divisions have an equal amount of games).

It’s almost as if the AHL should have called the original five teams’ bluff and let them break away and start their own league to see how much that could stayed afloat and how much that would have helped. The AHL was smart enough to allow the teams to move out west, but at the same time– they should have put their foot down and say, “Sure, you can move the markets who have been good to us over to the left coast, but you have to play the same amount of games as the rest of the league to make us not look stupid or walked over.”

As much as I love the AHL and all the things they have done, it just seems stupid that they’re still allowing six teams to rewrite the rules on how a schedule should be presented and how many games they should be playing versus the rest of the league.

I’ll leave with this– if the proposed move of the Colorado Eagles to the AHL happens, will they still stick with those seven teams playing a 68-game schedule?? Will that whole division be an island onto themselves?? Does that make them more or less prepared for the NHL because they don’t bother themselves with long road trips??

We’ll have to wait another 365 days or so for that to all play out.

One thought on “That’s Enough, AHL; Even It Out”