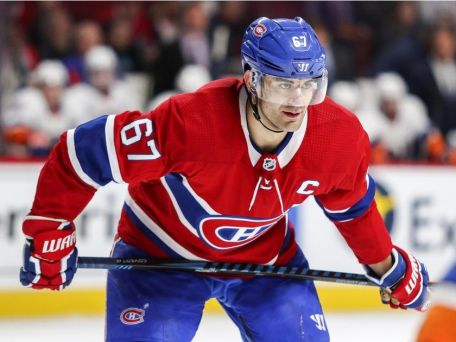 Marc Bergevin either traded Max Pacioretty in the middle of the night to avoid the onslaught of opinion pieces that are going to come out when people start to wake up or he did it because he wanted people to talk about that to overshadow the Laval Rocket coach calling out prospects for not standing up for their teammates. Late Sunday/early Monday, the Habs traded Pacioretty to the Vegas Golden Knights for Tomas Tatar, Nick Suzuki, and a draft pick.

A lot of the contention comes from Pacioretty not wanting to negotiate a contract extension during the season, while Bergevin shuffled his feet for some reason to get his captain under a new contract. Pacioretty said he wanted to stay in Montreal, but it seemed the feeling wasn’t mutual. Injuries hassled Pacioretty last year– which was a down year all around for the Habs, but you can’t discount his four 30+ goals in the previous four season and hitting that mark five times during his ten seasons in Montreal.

For his return, Tatar provides the ability to be a consistent 20-goal scorer, though he was moved from Detroit to Vegas last season and was a scratch during much of the playoffs for the Golden Knights on their miraculous run to the Cup Final. Suzuki is a highly-touted prospect, who has put up 87 goals and 196 points in the last two seasons in the OHL– which means he’ll have people put too much pressure on him to succeed immediately with the Canadiens franchise; which leads for ultimate let-down in the end.

If Suzuki doesn’t come up as a big part of the Habs rebuild and Pacioretty becomes a bigger star in Vegas, it’ll just add to the shot-sheet of Bergevin’s demise as a GM. While he’s trying to get a fresh start with his team– he hasn’t gotten much a return on investment for what he’s already given away. You can bet that the people will be even more up in arms if Carey Price were to get traded from the Habs, which will take a lot of doing because Price holds a no-move clause now in his $10.5M deal for the next eight seasons. With already trading their old core of youth in PK Subban, Alex Galchenyuk, and Lars Eller; the Habs faithful are split between if this is ultimately good or bad….though the outside looking in seems to be the it’s not the best thing in the world for the Canadiens unless their return on investment gets them back to Cup contender quick.

For George McPhee, he continues to build up the Golden Knights– adding another solid center for their line-up. On top of picking up Paul Statsny and extending Jonathan Marchessault, the Golden Knights are going to stay complacent after their amazing first season. William Karlsson is probably the only one they wanted to get re-signed to an extension that they haven’t, but with his core of players going forward– they seem pretty damn solid for their second season.

While this is a deal for a 5 PM Friday news dump, it’ll create plenty to talk about in the hockey world as we lead up to the opening of training camp and the opening of new hope for a season. Though the return in the short-term wasn’t the best for the Habs, it could pay off for the long-term. However, there’s not a guarantee that Bergevin will be around to see the fruits of his labor. The fans haven’t been too impressed with what Bergevin has done, but Geoff Molson still sees something in him. While a lot of the prospects haven’t turned out; Molson still sees some kind of progress in what Bergevin’s  doing or else he wouldn’t be there. And if Suzuki doesn’t turn out and Pacioretty gets a bump by moving out of Montreal– it could be the last straw…if it isn’t something else first to get Bergevin out of there.