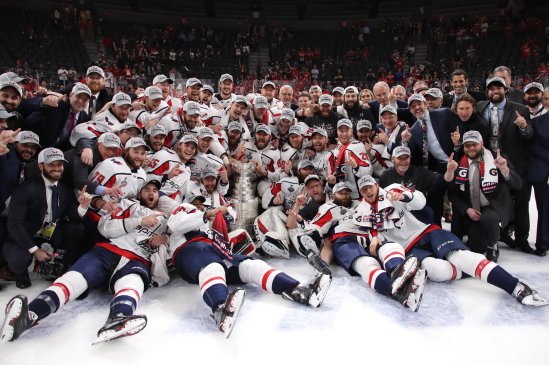 It wasn’t easy….but why would it be for the Capitals?? After exchanging leads thanks to Caps goals by Jakub Vrana and Alex Ovechkin, the Caps were down to start the 3rd 3-2 thanks to goals from Vegas’ Reilly Smith, David Perron, and former Capital Nate Schmidt– the Caps got their puck luck back. Brooks Orpik kept a puck in the zone, threw it at the net where it was deflected to Devante Smith-Pelly, who dove and scored the tying goal. Minutes later, Lars Eller picked up the rebound that squeaked through Marc-Andre Fleury’s legs to get the eventual game-winner as the Caps took Game 5 and the Stanley Cup.

Alex Ovechkin was the Conn Smythe trophy winner as Playoff MVP with 15 goals and 27 points.

The Washington Capitals are Stanley Cup Champions….which is still great, but odd to say. And because of it….the Road to Gus is over. 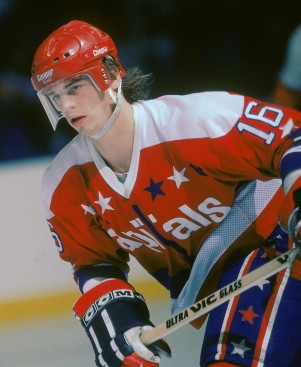 It was February 3rd, 1989– my first live Caps game. My dad had gotten tickets for the game in order for me to see it live because he always encouraged me when I got into new things. Working where he did– he was able to get some tickets from the people around the Capital Centre and got us in. It was a giveaway night to boot– player shirt night. It was the precursor to the overpriced shirseys we see today– but they were just giving them away.

The Caps played the Hartford Whalers in their majestic all kelly green uniforms. They had Mike Liut in net, while Pete Peeters was in the Caps net. It wasn’t the most exciting of games, but it was a live game I never thought I’d be able to see in my little five-year-old life. During the first intermission, I asked my dad to look at the giveaway shirt and it had the #16 on it with Gustafsson above it. It was almost like the player’s jersey with red shoulders, the logo with the stars across, but the jerseys didn’t have a car dealership below the number. I didn’t want to put it on just yet– for some reason.

However, once the second period started, I wanted to put it on about 90 seconds into the period. That’s because the guy who had his name on the shirt given away had scored it. Bengt Gustafsson got the goal on a pass from Mike Gartner and I felt a kinship with this player who I’ve never met (then or even now) nor was it due to his past accomplishments– it was because he scored the first– and only goal– of my first live game. He was my guy. Of course, that would be his last season before he returned to Sweden and finished his career in Europe before taking over as coach for the Swedish national team. But even then– he was my guy.

There’s something to be said about going to a live hockey game, there’s even more to be said about a connection fans have to players because of something that happened at that live hockey game. Because a player who was on the giveaway shirt scored the goal– he instantly became my favorite player. It wasn’t until I was older when I was able to appreciate his feats before I was a fan.

With that– this rounds out the Caps by the Numbers series for 2018.