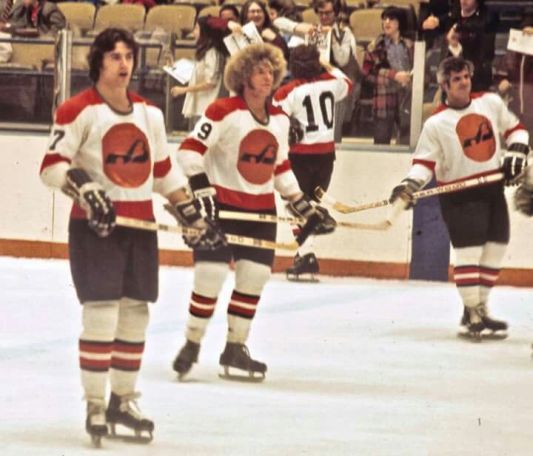 Things could have been a lot different for the history of hockey in Maryland if you were to believe press clippings around the first rounds of expansion in the NHL. It would have definitely changed the way things are now and who knows if it the Washington Capitals would even be in the league if Baltimore would have gotten the expansion bid in 1967 or 1970.

During early expansion, Baltimore had put a bid in behind the strength of their new Civic Center, which was able to expand up to 12,700 seats for hockey– a size that was 200 seats more than the smallest arena at the time in Detroit. The biggest argument from Jake Embry– President of the Baltimore Clippers of the AHL and spokesperson for Baltimore’s 1967 NHL bid– was that Baltimore was a big league city in other sports and he felt hockey should be big league, too.

To that point, the Clippers in the AHL had been to the playoffs three times in five years and only got past the first round twice. They were brought into the Civic Center as an AHL expansion team in 1962 after the first incarnation of the Clippers played in the Eastern League out of the ashes of the Coast Guard Cutters. When Carlin’s Iceland burnt down in 1956, the Clippers moved to Charlotte with 12 games left in the 1955-56 season.

The one issue is that while the Civic Center could have expanded to 12,700, it was normally at 11,200 for hockey and even then they couldn’t fill half the arena over average with the Clippers. Embry’s idea that maybe a top league would bring more butts to the seats in the new arena, which is why he put the bid in on top of the idea that Baltimore is a big-league city. The AHL felt threatened enough to create an indemnification plan for not only Baltimore– but for Buffalo and Pittsburgh, who were also in the first expansion bids.

Obviously, Baltimore didn’t get into that first round of expansion, but they were still in the running for the next round. In fact, they were originally supposed to join Vancouver as the other team in the 1970 expansion, as Clarence Campbell felt the market was valuable. However, thanks to some stalls along the way leading up to the next round of expansion and a stronger proposal from the Buffalo area– Baltimore had to stick with the AHL for the time being.

There was a time where “pro” hockey did come to the Civic Center. In the middle of the 1974-75 season, the Michigan Stags of the WHA couldn’t afford to play there anymore and moved to Baltimore. That year was also the first for the Capitals and with the Capitals doing that badly, maybe the idea was to perhaps steal some entertainment dollars from Landover and put into Baltimore. Of course, this wasn’t without hurdles– as Embry said that he had the exclusivity rights to the Civic Center and didn’t want the WHA to use the building– which tried at first at the end of 1973-74 season with the Jersey Knights. Yet, WHA president Dennis Murphy was able to get a lease with the Civic Center management and play out the rest of the 1974-75 season (all 17 games) in Baltimore as the Baltimore Blades, while the Clippers were forced to disband.

Since local ownership was not able to found for the Blades to continue, they folded up in May of 1975 and Baltimore hockey went into a bit of a tailspin with the Clippers coming back in the AHL, the Southern League, then the Eastern League before folding completely, leading the way for the Skipjacks to start up in 1981.

While the end results didn’t happen for Baltimore in the NHL or WHA, there’s some that still may believe that if they were given the chance– they would have been able to shine a little more. However, some people don’t get over the minor league doldrums and shun a product just because. Who knows what could have happened if Baltimore had won the expansion bids in either 1967 or 1970– they could have succeeded and then the Capitals wouldn’t be around or they could have tanked and been on the move two years after their incarnation– thoroughly killing the area because of lack of support and killing the Capitals hopes.

The world will never know.