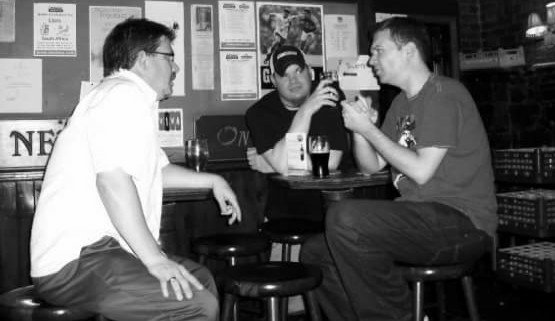 With the news of Greg Wyshynski leaving Yahoo, it’s the end of an era for everyone in the blogosphere.
I consider Greg a good friend and really an inspiration for working and what’s he’s been able to build up for the alternative media to the point where blogs are (in most cases) legitimate media for the NHL.

On top of that, the community he’s been able to build and the people I’ve met through the Puck Daddy parties has been great and something that’s long lasting.

Whether it’s driving up to Airdrie after the 2011 Heritage Classic for steak or debating “Titanic” as an action movie, Greg has been a great inspiration and a bit of a marker to reach for.

It’s not the end, of course, but this chapter he wrote was a great one and I’m sure the next one will be just as good. Here’s to you, sir.